The Evolution of the Industrial PC

Industrial PCs are primarily used for process control and/or data acquisition. In some cases, an industrial PC is simply used as a front-end to another control computer in a distributed processing environment. Software can be custom written for a particular application or an off-the-shelf package such as TwinCAT, Wonder Ware, Labtech Notebook or LabView can be used to provide a base level of programming. Analog Devices got exclusive sales for OEM European industrial market and provided MACSYM 120 combined IBM 5531 and MACBASIC a multitaskink basic running on C/CPM from Digital Research. Analog and digital I/O cards plugged inside PC and/or extension rack made MAC120 as one of the most powerful and easy to use controller for plant applications at this date. An application may simply require the I/O such as the serial port offered by the motherboard. In other cases, expansion cards are installed to provide analog and digital I/O, specific machine interface, expanded communications ports, and so forth, as required by the application.

A subset of industrial PCs is the Panel PC where a display, typically an LCD, is incorporated into the same enclosure as the motherboard and other electronics. These are typically panel mounted and often incorporate touch screens for user interaction. They are offered in low cost versions with no environmental sealing, heavier duty models sealed to IP67 standards to be waterproof at the front panel and including models which are explosion proof for installation into hazardous environments. 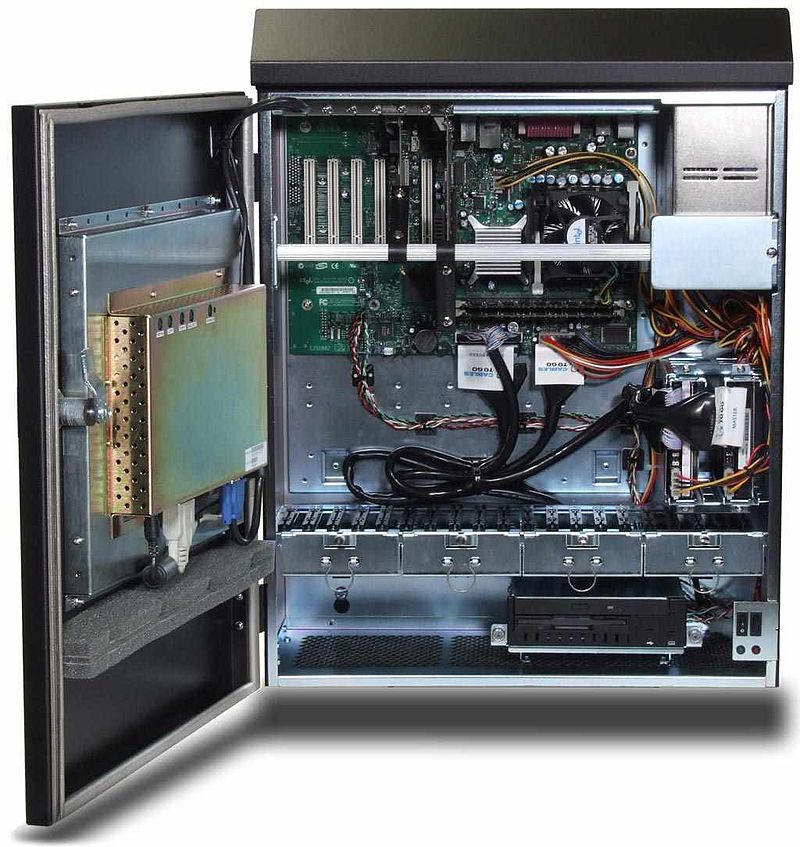 Virtually all industrial PCs share an underlying design philosophy of providing a controlled environment for the installed electronics to survive the rigors of the plant floor. The electronic components themselves may be selected for their ability to withstand higher and lower operating temperatures than typical commercial components.