Flat-panel displays are electronic viewing technologies used to enable people to see content (still images, moving images, text, or other visual material) in a range of entertainment, consumer electronics, personal computer, and mobile devices, and many types of medical, transportation and industrial equipment. They are far lighter and thinner than traditional cathode ray tube (CRT) television sets and video displays and are usually less than 10 centimetres (3.9 in) thick. Flat-panel displays can be divided into two display device categories: volatile and static. Volatile displays require that pixels be periodically electronically refreshed to retain their state (e.g., liquid-crystal displays (LCD)). A volatile display only shows an image when it has battery or AC mains power. Static flat-panel displays rely on materials whose color states are bistable (e.g., e-book reader tablets from Sony), and as such, flat-panel displays retain the text or images on the screen even when the power is off. As of 2016, flat-panel displays have almost completely replaced old CRT displays. In many 2010-era applications, specifically small portable devices such as laptops, mobile phones, smartphones, digital cameras, camcorders, point-and-shoot cameras, and pocket video cameras, any display disadvantages of flat-panels (as compared with CRTs) are made up for by portability advantages (thinness and lightweightness).

Most 2010s-era flat-panel displays use LCD and/or LED technologies. Most LCD screens are back-lit as color filters are used to display colors. Flat-panel displays are thin and lightweight and provide better linearity and they are capable of higher resolution than typical consumer-grade TVs from earlier eras. The highest resolution for consumer-grade CRT TVs was 1080i; in contrast, many flat-panels can display 1080p or even 4K resolution. As of 2016, some devices that use flat-panels, such as tablet computers, smartphones and, less commonly, laptops, use touchscreens, a feature that enables users to select onscreen icons or trigger actions (e.g., playing a digital video) by touching the screen. Many touchscreen-enabled devices can display a virtual QWERTY or numeric keyboard on the screen, to enable the user to type words or numbers.

A multifunctional monitor (MFM) is a flat-panel display that has additional video inputs (more than a typical LCD monitor) and is designed to be used with a variety of external video sources, such as VGA input, HDMI input from a VHS VCR or video game console and, in some cases, a USB input or card reader for viewing digital photos). In many instances, an MFM also includes a TV tuner, making it similar to a LCD TV that offers computer connectivity. 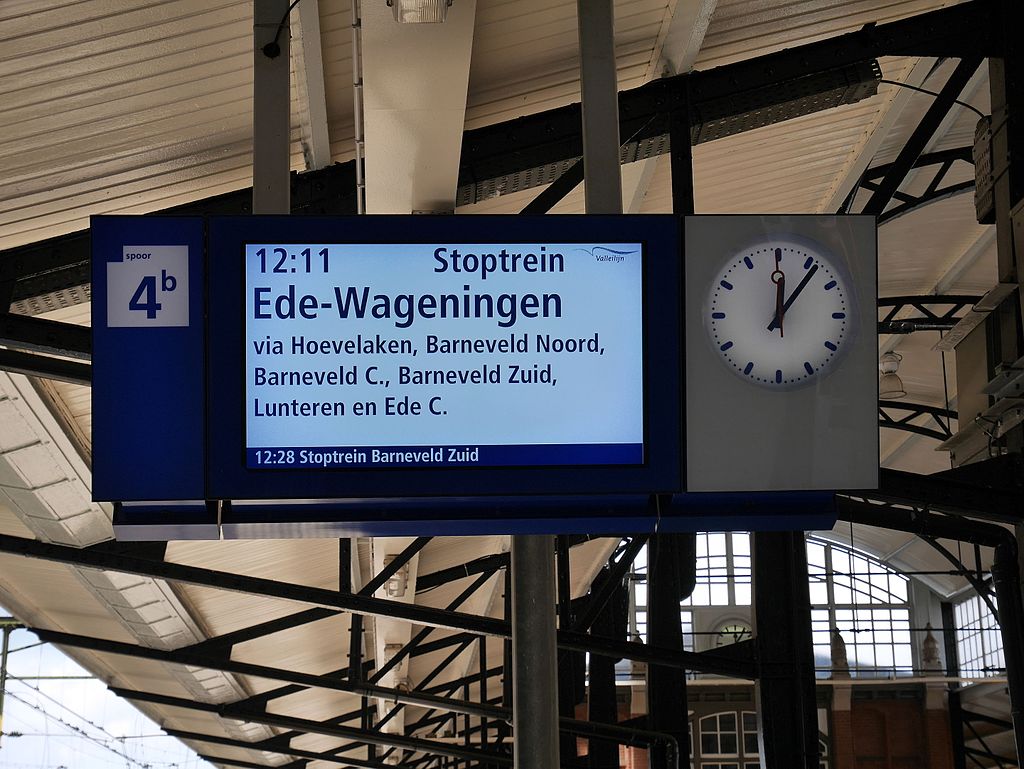 An LCD screen used as a notification panel for travellers

Liquid crystal displays (LCDs) are lightweight, compact, portable, cheap, more reliable, and easier on the eyes than cathode ray tube screens. LCD screens use a thin layer of liquid crystal, a liquid that exhibits crystalline properties. It is sandwiched between two electrically conducting plates. The top plate has transparent electrodes deposited on it, and the back plate is illuminated so that the viewer can see the images on the screen. By applying controlled electrical signals across the plates, various segments of the liquid crystal can be activated, causing changes in their light diffusing or polarizing properties. These segments can either transmit or block light. An image is produced by passing light through selected segments of the liquid crystal to the viewer. They are used in various electronics like watches, calculators, and notebook computers.

Some LCD screens are backlit with a number of light-emitting diodes (LEDs). LEDs are two-lead semiconductor light source that resembles a basic "pn-junction" diode, except that an LED also emits light. This form of LCD (liquid crystal display) is the most prevalent in the 2010s. The image is still generated by the LCD.

A plasma display consists of two glass plates separated by a thin gap filled with a gas such as neon. Each of these plates has several parallel electrodes running across it. The electrodes on the two plates are at right angles to each other. A voltage applied between the two electrodes one on each plate causes a small segment of gas at the two electrodes to glow. The glow of gas segments is maintained by a lower voltage that is continuously applied to all electrodes. In the 2010s, plasma displays have been discontinued by numerous manufacturers.

In an electroluminescent display (ELD), the image is created by applying electrical signals to the plates which makes the phosphor glow.

An OLED (organic light-emitting diode) is a light-emitting diode (LED) in which the emissive electroluminescent layer is a film of organic compound which emits light in response to an electric current. This layer of organic semiconductor is situated between two electrodes; typically, at least one of these electrodes is transparent. OLEDs are used to create digital displays in devices such as television screens, computer monitors, portable systems such as mobile phones, handheld game consoles and PDAs. A major area of research is the development of white OLED devices for use in solid-state lighting applications.

QLED- QLED or Quantum Dot LED is a flat panel display technology introduced by Samsung under this trade mark. Other television set manufacturers such as Sony have used the same technology to enhance the backlighting of LCD Television already in 2013. Quantum dots create their own unique light when illuminated by a light source of shorter wavelenght such as blue LEDs. This type of LED TV introduced by Samsung enhances the color gamut of LCD panels, where the image is still generated by the LCD. In the view of Samsung, quantum dot displays for large-screen TVs are expected to become more popular than the OLED displays in the coming years. This is surprising because Samsung Galaxy devices such as smartphones are mainly equipped with OLED displays manufactured by Samsung as well. Samsung states on their website that the QLED TV they produce can determine what part of the display needs more or less contrast. Samsung also announced a partnership with Microsoft that will promote the new Samsung QLED TV.

A large LED display at the Taipei Arena displays commercials and movie trailers.

Volatile displays require that pixels be periodically refreshed to retain their state, even for a static image. As such, a volatile screen needs electrical power, either from mains electricity (being plugged into a wall socket) or a battery to maintain an image on the display or change the image. This refresh typically occurs many times a second. If this is not done, for example, if there is a power outage, the pixels will gradually lose their coherent state, and the image will "fade" from the screen. 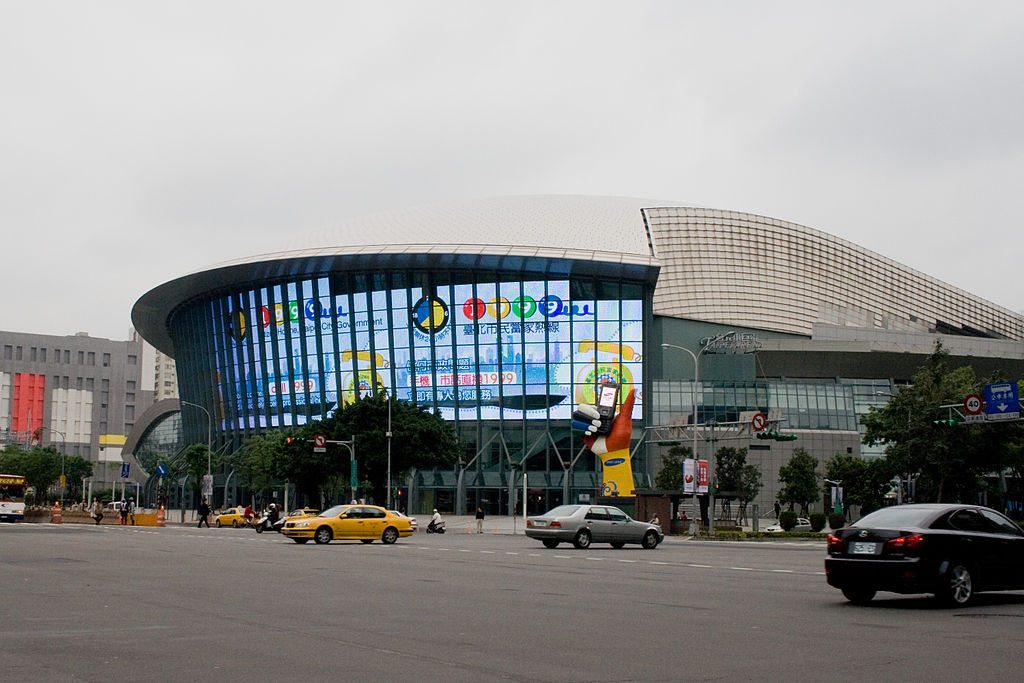 The following flat-display technologies have been commercialized in 1990s to 2010s:

Technologies that were extensively researched, but their commercialization was limited or has been ultimately abandoned: